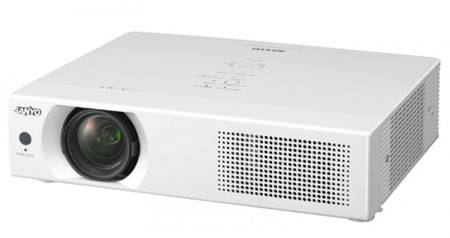 Since Japan was really affected due to the recession, companies are trying to make ways to save the country from sinking. That’s only a fragment of imagination but nonetheless, Sanyo Japan has announced a new high-end projector, the LP-WXU700 [JP], which is claimed to be the world’s first WiFi-enabled projector supporting the IEEE802.11n standard and thus the fastest. Sanyo says users can conveniently stream video from their PCs through the projector and it also supports the Windows Vista Network Projector standard. The WXGA device features a 500:1 contrast ratio, produces 3,800 lumens brightness and comes with a 275W lamp. Sanyo also threw in one HDMI and one USB interface.