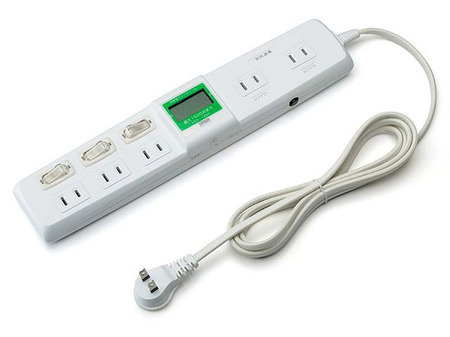 Sanwa Japan has launched the 700-TP1052DW power strip which has a built-in display to show your current usage. Sadly it cannot compute your usage and show the mullah you burned playing Call of Duty last night. It has an auto-off function which is triggered when the usage reaches 1500 Watts. The power strip sells in Japan for 2980 Yen ($ 35).
[Impress]