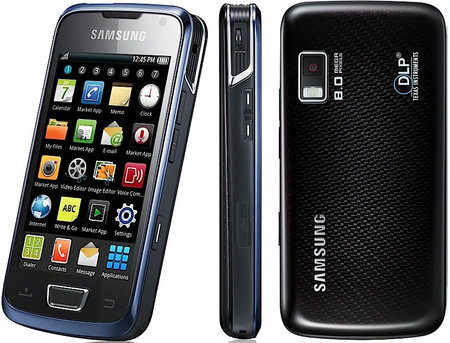 More on the Samsung front at MWC is that the company has revealed its Android 2.1 powered projector mobile phone. Like the Wave, this one too will be packed with features that include Wi-Fi, GPS, DivX and XviD support for videos, 3.5mm headphone jack, 16 Gigs of internal memory and an 8 megapixel shooter. It’s also equipped with a large 3.7-inch AMOLED touchscreen and with the Android OS Samsung has provided a “Specialized Projector UI”. Very convenient. The handset is being called the i8520 or the Halo. It’s heading first to Europe sometime in Q3 or of this year. According to some sites, the UI is the same as the Waves which means Samsung has ported their TouchWiz 3.0 to Android now. I’m curious to see if those two play nice together.
[Engadget]