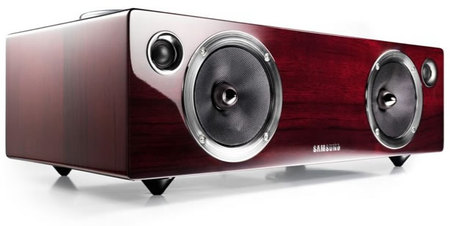 Samsung decided to wade into deeper waters with its first unveiling of a premium audio system at CES lately. Now, the South Korean multinational has released pricing details of three of these ear-luxuries in the United States. At the top of them all, Samsung’s DA-E750 Audio Dock system will come with an $800 pricetag and a rear-mounted dual dock to charge a Galaxy smartphone and iOS device. Sporting a wooden case polished to perfection, the DA-E750 Audio Dock comes with a 2.1 stereo system with 100 watts of power blasting through premium glass fiber speakers and tweeters. Also, this one comes with JJ Electronics 12AU7 tubes and supports 3.5mm audio inputs, USB and wireless connectivity via Samsung’s AllShare Play, AirPlay and Bluetooth 3.0 w/ aptX.