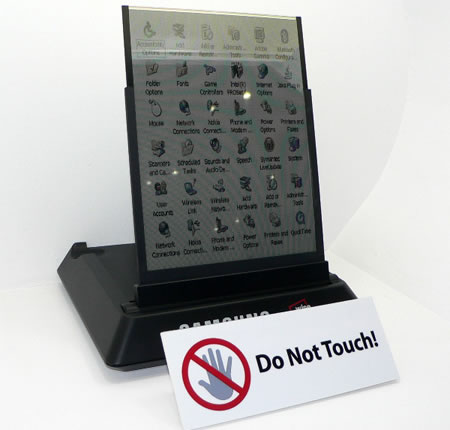 There has been a fair amount of anticipation to match a new offering of the lights of Samsung. With just a 10:1 contrast ratio being mastered, the 10 inch offering from the company has a long way to go. However, Samsung are in no hurry to unleash this one on hungry yes of fans who totally dig it. However, their delay could well make their e-paper the ‘second’ one around. The reason – PVI are planning their move a bit earlier. With signings that include Kindles and Sony Readers, there will be an already fierce market, when the Samsung e-paper makes it into the open.

A major setback is that Samsung doesn’t plan to release their paper until next year while PVI is all set for a 2010 launch for their e-paper. However, there already a color e-reader from Plastic Logic expected by spring next year.
[Engadget]