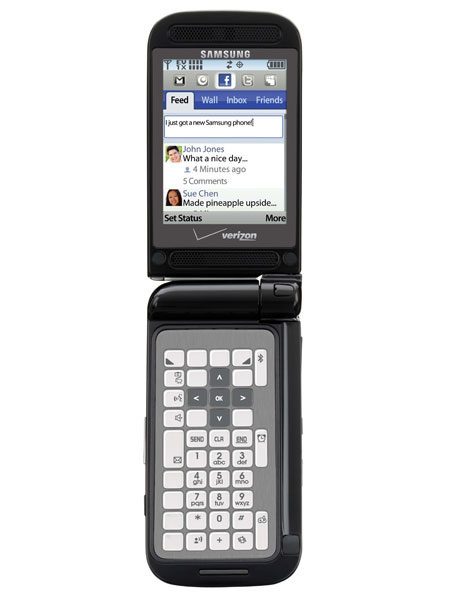 Samsung Zeal with E Ink keypad mysteriously shows up on Verizon handset list, nothing conformed yet

Verizon is getting all the good stuff, from a dedicated iPhone 4 model to Samsung’s new Continuum Android mobile and now another new Samsung device with a pretty decent cool factor hits their list. So far the news about this handset called the Zeal is a leak and not yet official. While it looks like a standard clamshell handset it’s not as conventional as it may appear. Firstly, in addition to the external display with touch sensitive keys for the music player (similar to the moo RAZER), it flips open sideways as well as upward (standard) thanks to its dual-hinge design. Second, it has an E Ink keypad that can switch between QWERTY to alphanumeric depending on how the handsets display is opened. Other features include a 2.6-inch QVGA screen, a 2 MP shooter and although the image hints of an Android OS, that is yet to be confirmed. It’s also expected to launch by November 11th but that’s not concrete either so forget about pricing as well for the time being, although from the looks of it, it seems like it could be quite affordable. 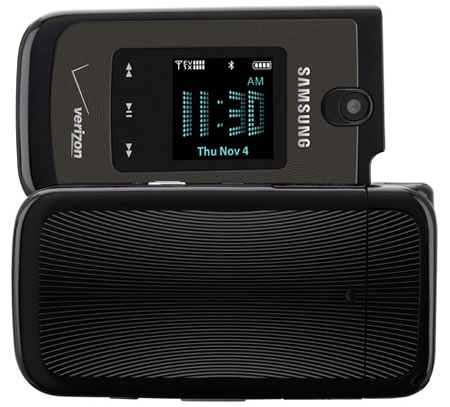