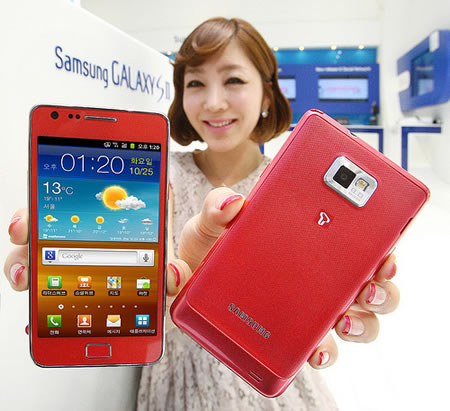 Samsung decided to give the female folk something to day dream about, especially for those who simply can’t get over the lighter shade of red, pink! The phone manufacturer recently unveiled its flagship Galaxy S II phone in pink, with the phone earlier available in white and black. Sporting similar insides as the original black handset with a its 4.3-inch Super AMOLED Plus screen, dual-core 1.2GHz Exynos chip, an eight-megapixel back camera and a two-megapixel camera on the front. Packing the Android 2.3, this phone’s sure as hell bound to grab a load of attention with the flashy pink color!