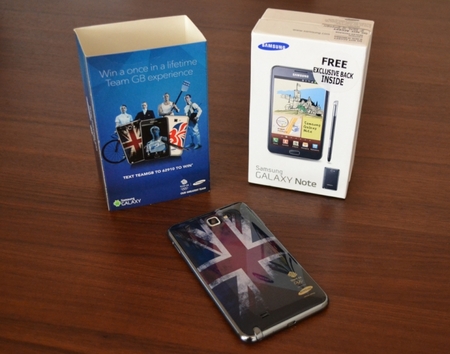 Samsung has been crowned the official sponsor of the 2012 Summer Olympics to be hosted in London and in commemoration of the same the manufacturer has unveiled this all-Brit Galaxy Note to be sold exclusively in UK. With the Union Jack on its glossy black back, the Galaxy Note Olympic Edition is a perfectly British smartphone and will be made available on O2. Also, Samsung has on offer a special edition Galaxy Y model along with Olympic-themed back covers and will offer buyers a chance to win tickets to the games, the Team GB training camp or a celebration event while donating £1 from every phone purchase to the future Team GB.