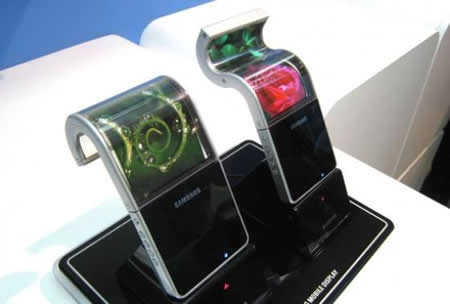 Samsung to introduce gadgets with flexible OLED displays this year

Samsung has begun mass production of its flexible OLED displays for products which are due for release later this year. Tech pundits all around are also speculating that the initial implementations might include smartphone and tablets. Nobody knows how flexible the displays will be but it will be a matter of substrate selected, among other things. With bendable screen, both gadget makers and enthusiasts hope to see something that can function as a pull out which will offer a large viewing area as well as small gadget size. Then there are potential implementations in devices that have wraparound panels or touchscreens thus revamping the form factor of gadgets altogether.

We have earlier seen a slightly curved screen which Samsung showed off on the Galaxy Nexus device with its slight bend on the lower part of the device. Samsung has been leading the industry when it comes to displays for it has earlier come up with the HD Super AMOLED on the Nexus and just recently, announced an AMOLED screen on the large version of its Galaxy Note.
[Slashgear]