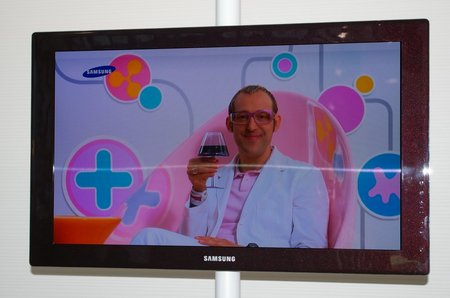 OLED TV’s are the future and Laser TV’s are the distant future. Samsung showcased its 31 inch OLED prototype at Cebit 2008. OLED (Organic Light Emitting Diodes) offer a number of advantages over LCD TV’s like a higher contrast ratio, provide better viewing angles, consume less power and are really slim. Unfortunately OLED TV’s are very expensive to manufacture for now as the 11 inch Sony XEL-1 sells for $2500 which is around $222 per inch. Samsung did not release any specifications or release dates but there are rumors that the OLED TV might hit markets next year with a 100,000:1 contrast ratio, 0.1 ms response time with a life of 35,000 hours.