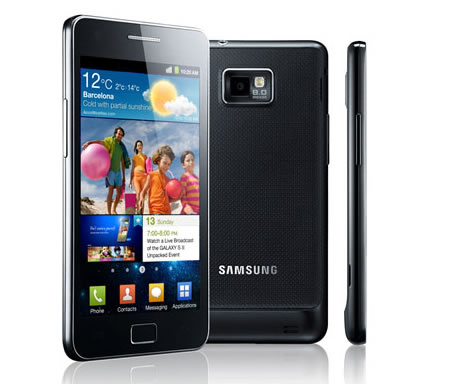 A US federal judge, Lucy Koh has granted Apple a procedural victory in its legal battle with Samsung, in which Apple has accused the Korean giant of “slavishly” copying its iPad and iPhone designs in a lawsuit filed on April 11. As per the ruling Samsung has to provide Cupertino’s legal team with product samples and and packaging of two of its tablets and three of its phones. The judge gave Samsung 30 days to hand over product samples, packaging, and package inserts to the Galaxy S2, Galaxy Tab 8.9, Galaxy Tab 10.1, Infuse 4G, and 4G LTE or “Droid Charge.”

Apple claims that Samsung changed its designs after examining the iPad and iPhone. “Even the icons in earlier versions of the Samsung smart phones looked different because they had a variety of shapes,” the lawsuit reads, “and did not appear as a field of square icons with rounded corners.”
Samsung is not amused and has filed lawsuits against Apple in Seoul, Tokyo, and Mannheim, Germany, alleging violations of technical patents that Samsung holds in those three countries. Is it just me, or is Apple claiming copyright for rectangular shapes and rounded corners. And does every tablet designer have to check with Apple while designing? One positive point for Samsung is that the prototypes and packaging materials will not be seen by Apple employees or the Apple’s in-house lawyers. “The expedited discovery ordered herein must be produced with the designation ‘Outside Counsel Eyes Only’,” the ruling reads.
[PCWorld]