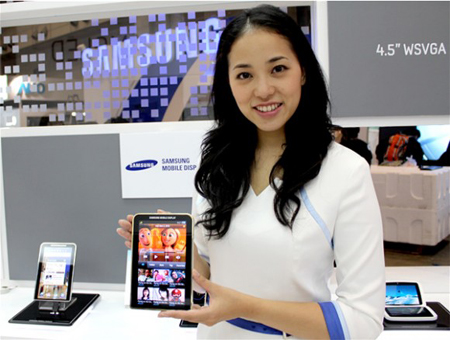 Samsung may give their Super AMOLED a Galaxy Tab nod

We know it’s quite obvious and that the inevitable will kick in sooner or later, but sharing the news of the new Samsung Super AMOLED having a Galaxy Tab-like prototype made, gives us special joy. The display by Samsung Display was initially rumored to be a 1200×600 pixels WXVGA display but the press release spells out a 1024×600 pixels WSVGA screen. It will be brighter and have more saturated colors than the existing Galaxy Tab screen.

The company may get this one out on a new rendition of the tablet sometime mid-2011. Will that be the time frame for us to draw up for the next Tab?
SlashGear