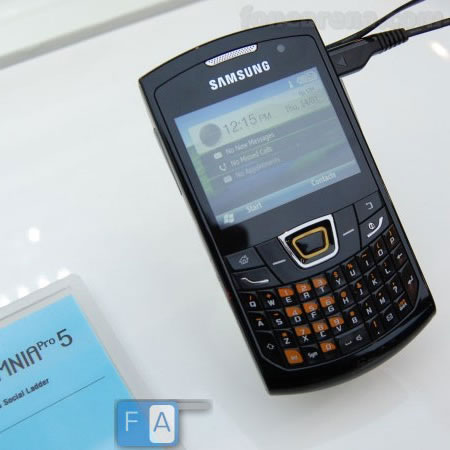 Yesterday we got news that Samsung had a few handsets that were due to be showcased at this year’s CommunicAsia event in Singapore. Totally they’ve got about seven handsets showcased at the event starting with three Android powered handsets of the Galaxy range. First off is the new Corby device that’s been rechristened the Galaxy 5 (i5500), next up is the Galaxy 3 which is slightly higher ended device with a larger display, 3MP camera and DivX video playback support as well as Samsung’s DNSe system. The third Android device was the Beam that’s loaded with a Pico projector so you can take your big screen wherever you go. It also comes with an 8MP camera and HD video recording (720p). All of these devices are touchscreens of course and also feature Wi-Fi and 3G capabilities.

The next big announcement was of two new Wave handsets to add to their Bada mobile platform segment using TouchWiz UI. The Wave 2 and Wave 2 Pro are essentially the same handset except, the Pro, like all other Pro devices is a slider with a QWERTY keypad. The handsets both feature GPS, Wi-Fi, 3MP camera, external memory support via microSD cards and will come with Samsung’s Social Hub function to keep you in touch with all your social networking buddies. Here’s a real bummer though, neither handset is capable of handling 3G. The Samsung Wave 2 (S5250) and Wave 2 Pro (S5330) will be available from August in Russia and South East Asia. Customers can choose from the colors metallic black, pearl white and romantic pink. Prices have yet to be announced.
A couple of devices from the OmniaPro range also made it out. Those would include the funky looking OmniaPro 4 and Pro 5 candy bar QWERTY phones. Both use Windows Mobile 6.5 to get around. The higher ended Pro 4 is a smart looking 3G handset that comes with a square touchscreen display, DivX video support a 3MP camera, Bluetooth and microSD card support. The OmniaPro 5 is a sportier looking handset but with lower end features like a 2MP camera, no touchscreen, but it still packs in 3G capabilities, an FM radio and microSD card support. The Omnia Pro 4 will be available from July in Europe, CIS and Southeast Asia whereas Omnia Pro 5 will go on sale from August in Southeast Asia, Middle East & Africa, India and Latin America. 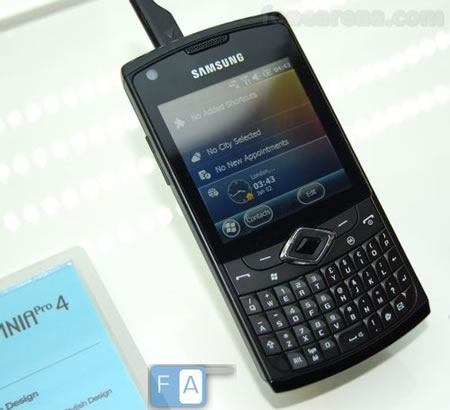 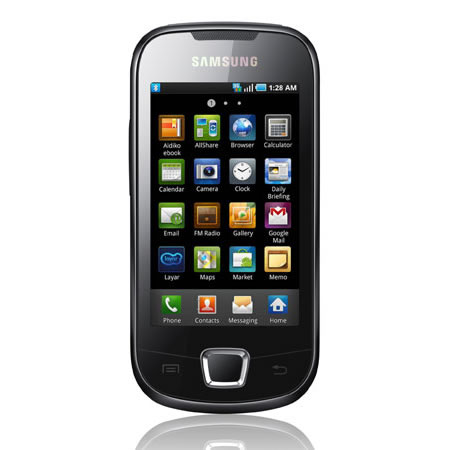