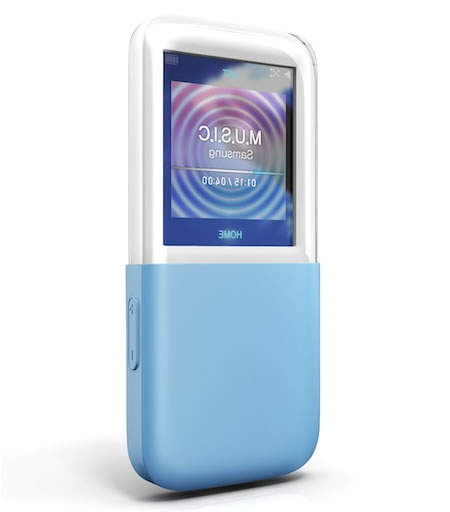 They’re trying new stuff, and it doesn’t seem to be all that unnecessary either. Samsung haven’t really got down to their usual business this year so far (ignoring the fact that the year’s just 5 days old), but we still have a hell lot we can expect from it. They’ve conjured a cool PMP called IceTouch that has a 2 inch, transparent AMOLED screen. The body of the player is made of tempered glass. As far as the concern for audiophiles goes, they can be well assured that the sound enhancements added to the player will keep them happy and satisfied. Finally, the 16 GB PMP has the ‘Sweep’ interface. This is part of the TouchWiz UI that Samsung have been flaunting about.

There’s no word on the pricing and the availability of the IceTouch PMP, but there can be something like a tangible surprise in the same.
[Gizmodo]