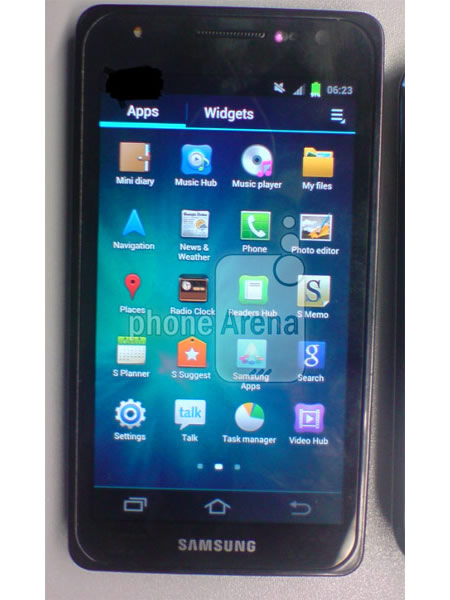 We had earlier heard some reports about Samsung’s upcoming GT-I9300 handset but nothing concrete had come to surface. Here is freshly unearthed image of the handset scored by folks at Phone Arena along with some juicy details. As it can be seen from the image, the handset will be running Android 4.0 ICS and also seems to have software menu buttons just like the Galaxy Nexus. Besides this, it looks like the phone will come e-loaded with some Samsung apps like Hubs as well as S Suggest app recommendation engine. The phone also has an S Memo app suggesting the phone could have an S Pen input support. So this image points at an important question- is it the Galaxy S III that was making rounds in the rumor-ville earlier?