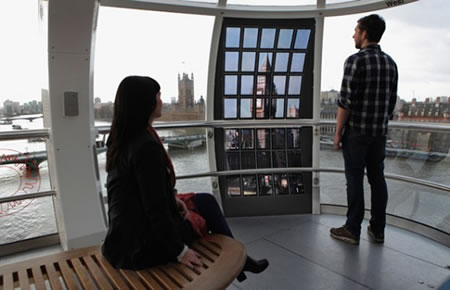 We have earlier seen Samsung indulging in some really never-seen-before marketing stints. Couple of months ago the Korean giant teamed up with Baskin Robbins for the promotion of Galaxy Nexus ICS handset and then recently we had the ‘Samsunged’ TV advertisement which mocked Apple fans. Samsung is now ensuring a high tech makeover for London’s biggest tourist attraction i.e. the London Eye with its Galaxy Tabs. All of the sightseeing capsules in the London Eye will be outfitted with Galaxy Tab tablets to let users interact with the landmarks they’re looking at.

This isn’t something that happened overnight. It took months of research and thousands of visitor surveys to ensure this tech revamp for the tourist attraction is completely justified. Apple iPads have set their foot into everything from education to cockpits but can it beat this one?
[Slashgear]