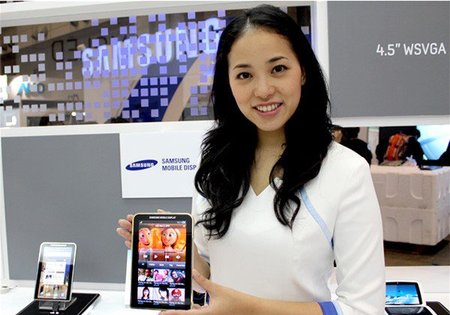 Recent reports suggest that Samsung is working on a high resolution model of its 7-inch Super AMOLED prototype displays which will have an enhanced resolution of 1024 x 768 pixels. This would probably make it to the sequel of the original 7-inch Galaxy Tab. It is expected to be available in North America first this September just around the same time when Apple might unveil their much-awaited and much-spoken-of iPhone 4S and iPhone 5. Let’s see what Samsung has it in store for fans this time.