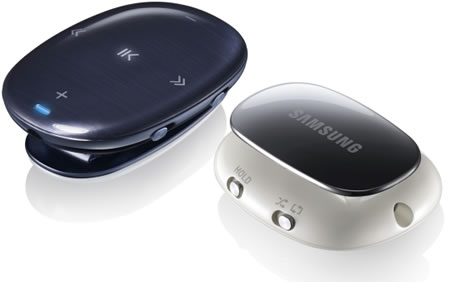 Pebbles have never had much to do with audio playback before. Now, with Samsung’s latest unveiling, carrying a pebble around with a headphone plugged in probably won’t seem so out of place! The manufacturer pulled the veil off its latest portable MP3 music player called the Samsung S Pebble. Sporting a clip-on function, this cute and curvy player measures in at 32mm x 43mm x 13mm and with a 4GB memory capacity, this one plays MP3, WMA, Ogg, FLAC music file. And that’s not all.

The S Pebble can also be plugged in directly to Samsung’s newest flagship phone, the Galaxy S III unveiled along with this player for music sharing! Also, pricing and official release dates will show up shortly.
[Crave]