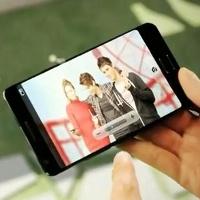 We earlier saw Samsung doing some innovative teasing by leaking Galaxy S III images at this year’s CES. The rumor ninjas of the blogsphere are now reporting that Samsung’s upcoming smartphone will arrive on shelves this April after it makes its first public appearance at MWC in February. a Russian blogger by the name Eldar Murtazin, who has been earlier called James Bond of Smartphones by Engadget, seems to have some dope on this one. According to his recent tweets, the phone might sport Android 4.0 OS, HD resolution, software tweaks and 12 megapixel camera too. He also pointed out that this might be driven by quad-core chip that runs anywhere from 1.5GHz onwards. Well, we’ll just have to wait until MWC kicks off to see what Samsung has it in store for its fans.
[Ubergizmo]