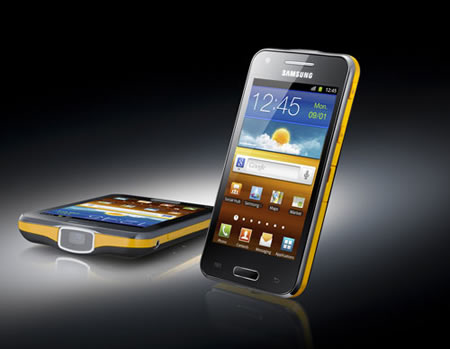 Samsung Galaxy Beam (GT-I8530) or better known as the projector phone, which is earlier made rounds in the rumor-ville, has been finally made official. Also the phone retains the name of its predecessor, the updated spec sheet here talks about 15 lumens projector that is able to display images up to 50-inches wide, Android 2.3, OS and features 4-inch WVGA TFT LCD, 1GHz dual-core processor, 5MP and 1.3MP cameras, 720p HD video playback and recording, Bluetooth 3.0, Wi-Fi, GPS, microSD card slot and 2,000mAh battery. Other than this, there is no word on pricing and availability details as yet.