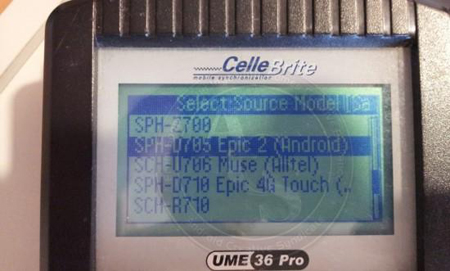 For starters, we would like to give you some dope on Cellebrite systems, if you do not already know what they are all about. The machine facilitated the transfer of information from one location to another. This information can be anything, like contact lists. A source has reported however that Sprint’s version of the Cellebrite system has displayed the Samsung Epic 4G 2, which also goes by the name of SPH-D705. There may be a possibility of the said device not being related with the Samsung Epic 4G Touch in any way as well.

We’re just observing and observation by a keen observer. Now’s the time to draw conclusions based on the sightings of ACS Syndicate.
Ubergizmo