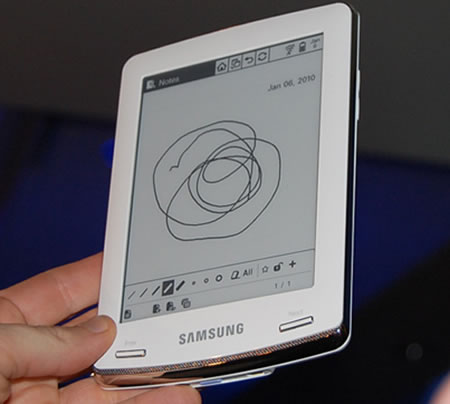 Here’s a cool new e-reader that’s coming along to your palm top. It’s called the Samsung E6 and has a smartly curved six inch body. It will provide with Wi-fim handwriting feature (doodle galore), Google content and a lot more. We can well expect the E6 to hog up a considerable userbase that would normally be consumed by Amazon Kindle loyalists. The Samsung E6 e-reader will be available for $399 sometime later this year.
[Electronista]