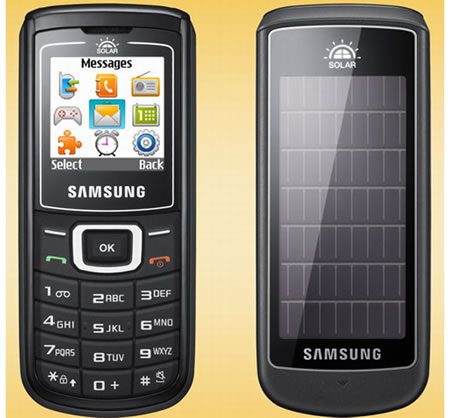 Samsung has launched its first commercially available solar-powered phone, the E1107 Crest Solar candybar prior to Blue Earth, which was announced earlier. This phone is one of its kind, and definitely going to encourage a lot of mobile companies. This phone has an 800 mAh battery which can be charged using a charger or through the solar panel featured on the back case. Samsung claims that 1 hour under the sun can provide 5 to 10 minutes of extra talk-time. This will certainly come in handy when traveling without a charger. The design of this phone closely resembles the E1100 model.