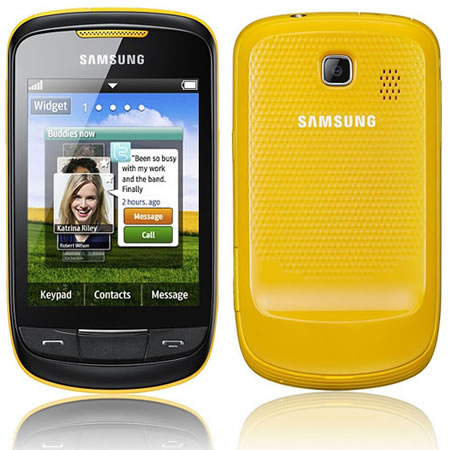 At the Samsung SEA Forum in Singapore the company announced the Corby II (GT-S3850) which is the successor to the hugely popular Corby series. Continuing the trend the phone will be made available in a variety of colors. It supports quad-band GSM/EDGE and comes with a 3.14 inch touchscreen, 2 Megapixel camera, Wi-Fi 802.11b/g/n, Bluetooth 3.0, FM Radio, 3.5mm headphone jack, microSD card slot up to 16GB, the phone is powered by a 1000 mAh battery offering 9.5 hours of talk time. The phone is integrated with a T9 Quicktype keyboard. The phone will be made available in White, Pink and Yellow by late March in Germany followed by other European and Asian countries.
[More images after the jump] 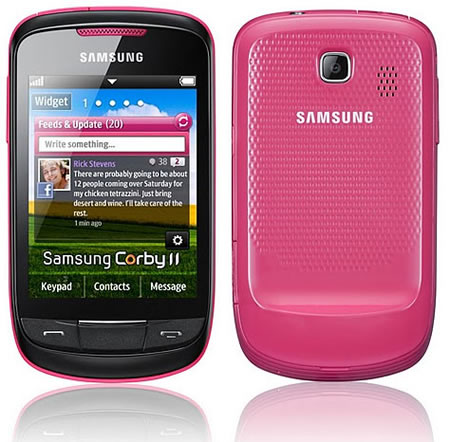