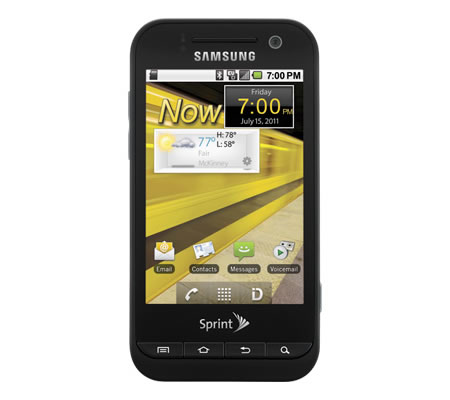 Samsung has officially announced its Conquer 4G device on Sprint which is touted to be a mid-range device with relatively impressive specs. Driven by a 1GHz single processor, it features a 1.3 megapixel camera on the front, 4G speeds via WiMax network, side-sliding QWERTY keypad and 3.5-ich display with HVGA resolution. This would run Android 2.3 Gingerbread OS and presently bears an ‘upcoming status’ with no further infor on price and release date as yet.