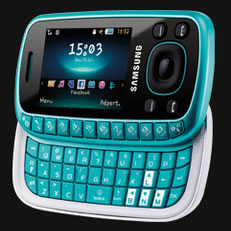 Samsung B3310 a phone for the ladies

Samsung B3310 is a phone specially made for the social networking lovers. The phone has a 2 inch screen sporting a resolution of 240 x 320 pixels, FM radio, Bluetooth, 2 Megapixel camera, Micro SD card slot and a slide out QWERTY keyboard. The phone is preloaded with applications to access Facebook, MySpace and Flickr. The onboard media player can play a majority of audio and video files. The phone measures 91 x 54 x 17 mm and features a talktime of 5 hours. It is slated to woo French women later this month for 160 Euros ($ 230).
(One more image after the jump) 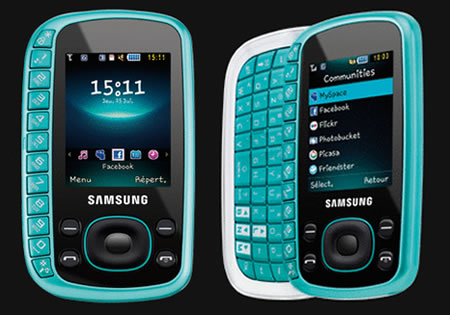