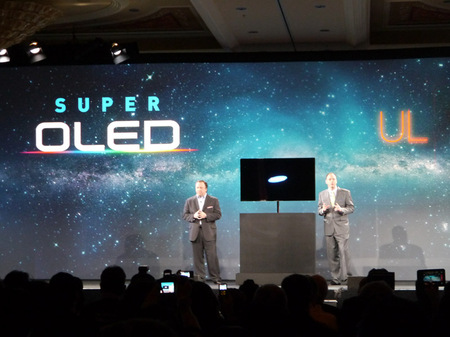 Just as we expected earlier, this year’s CES is going to witness the next big thing in entertainment technology. After LG unveiled their 55-inch OLED baby, Samsung is following the suit by announcing its very 55-inch Super OLED. The TV is designed to give the owners “true to life” picture quality in both 2D and 3D. At just 0.3-inch thickness, the TV set gives one an impression of a thin sheet of glass. It has faster response time so it can virtually eliminate motion blur in fast moving scenes. The TV doesn’t require any backlight for it contains a self-emitting RGB sub-pixels.

Powered by a dual-core processor, the Super OLED TV has its light output controlled on a pixel-to-pixel basis. Another hallmark feature here is the Smart Interaction Technology which is put into action by means onf an integrated camera and two unidirectional array microphones, which allow you to interact with your TV. Other than this, it also has Voice Control, Motion Control and Face Recognition features. Lastly, the Samsung AllShare Play will deliver easy access to cloud storage. It is suppose to ship in the latter half of 2012 with TBA pricing details. 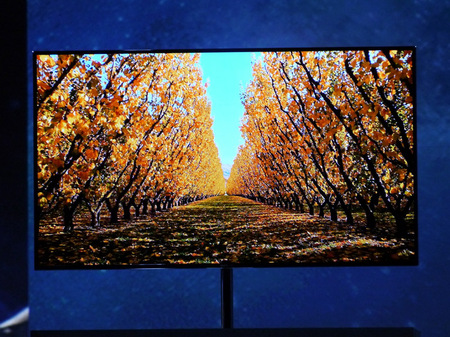