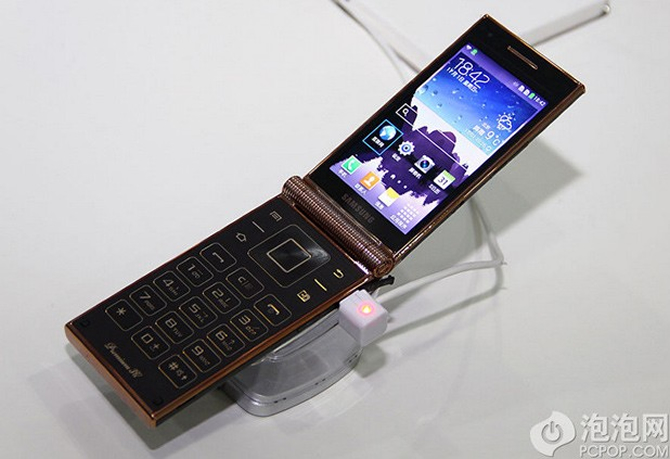 Around this time last year, Samsung launched the W2013 Android powered flip-phone that was designed specially for China’s foremost superstar and my favorite action hero, Jackie Chan. It was one of the few clamshell handsets that were still in production with a smartphone OS till they released the W789 Hennessy this year in August. The Hennessy’s dual display set up wasn’t perhaps the best design for a flip-phone style and one or the other display would end up redundant. But this, their W2014, that was announced with China Telecom at their annual “Heart Of The World” charity concert, will not only be better in terms of specifications but perhaps in over all sleekness as well.


The W2014 will feature a 2.3GHz quad-core Snapdragon 800 SoC with 2GB of RAM, a 13-megapixel primary shooter and a 2-megapixel front-facing camera, 32GB of onboard memory with expansion capabilities via microSD cards and a 1,900mAh battery. The W2014 also supports dual-SIM connectivity (CDMA2000 800/1900 and GSM 900/1800/1900). This Android 4.3 (Jelly Bean) running flip phone will also feature dual displays, each of with are 3.7-inches with an 800 x 480 resolution of the AMOLED variety. It’s a little lighter than the previous models at 173.5g. Although the price hasn’t been officially announced, reports say it would be priced at around $1640 which seems a little steep.