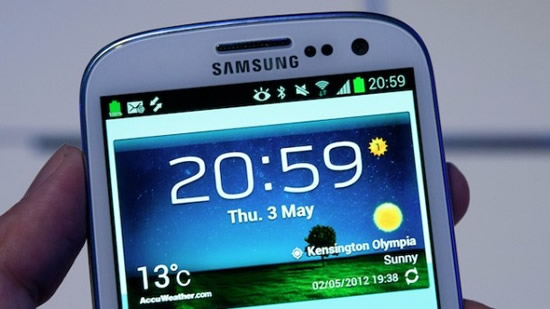 Samsung has decided to bring home the very best of the new Galaxy S III and has recently unveiled an enhanced version of the phone for its home-country, Korea. While the American and European versions of the Galaxy S III sport a 1.5 GHz dual core Qualcomm Snapdragon S4 chip with 2 GB RAM and a 1.4 GHz quad core Exynos processor paired up with 1 GB RAM respectively, the Korean version of Samsung’s flagship phone will pack a 1.5 GHz dual core Qualcomm Snapdragon S4 chip, 2 GB RAM, 4G LTE connectivity and DMB facilities too! Also, this isn’t the first time Samsung has unveiled multiple versions of its flagship phones and has previously rolled out a bunch of variants of the Samsung Galaxy S II across the world. Pricing of the Korean Galaxy S III hasn’t been fixed yet though the phone is scheduled to show up by next month.