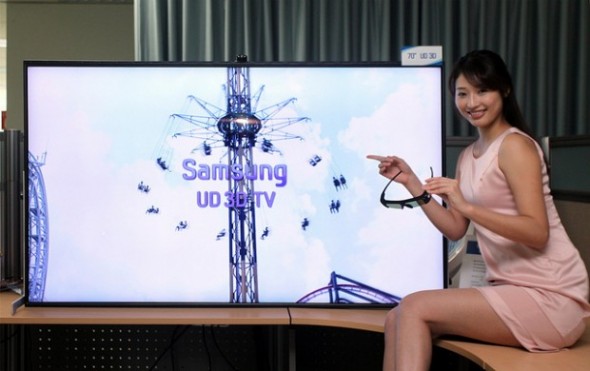 Seems like television manufacturers will never tire of updating their products and having us technology-maniacs run to the store with every release. The winner of 27 CES Innovation Awards and one of the leading consumer electronics brands, Samsung, has now announced its plans to bring its 85-inch Ultra High definition television to CES 2013!


The pricing and release details of this piece of eye-candy haven’t been unleashed yet. From what we’ve gathered however, the television boasts resolutions of more than 8 million pixels! That apart, Samsung hasn’t mentioned much about the television and we do hope to hear more from the Samsung exhibit at the CES 2013. Stay tuned for more!