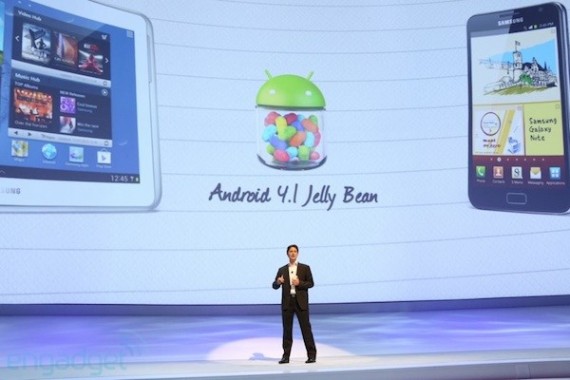 Samsung is supposedly working on a smartphone focused on music enthusiasts. We heard about Galaxy Music last week when Samsung announced a list of devices which would be receiving an upgrade to Jelly Bean OS. A tipster has spilled some beans about the upcoming device and if that is correct the phone would be pack in features like front facing speakers, dedicated music key, FM Radio with built-in FM Antenna, Samsung’s SoundAlive technology and SRS and maybe integration with Music Hub service.
As for the hardware specs, the phone is expected to be a mid-range device with dual-SIM and single-SIM versions, Android 4.0 out of the box but will be upgradable to Android 4.1, 3-inch display, 850MHz CPU, 512MB RAM, 4GB internal memory and microSD card slot and 3MP camera.