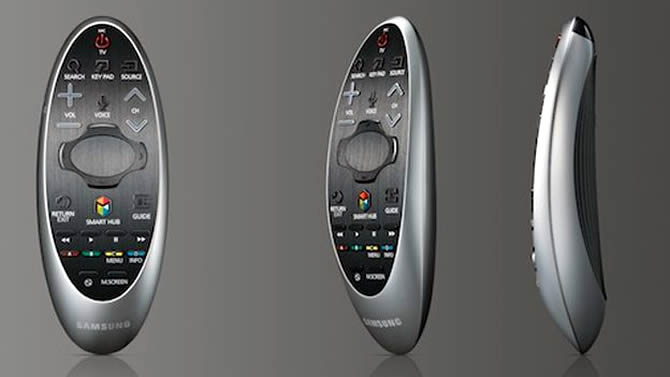 Samsung are good at styling gadgets into becoming some really fashionable gizmo style statements. They have absolutely nailed the phablet, the curved display and the once despised touch screen interface. Now, we see the Korean company stylize the good old remote control. The company’s all new Smart Control will come along with the Smart TVs that are slated to be released this year. The all new pebble shape offers better grip and also shrinks to a size with a touchpad that is 80 percent smaller than a regular remote. Being a smart remote makes it mandatory to offer innovations such as voice and motion control integration.

The Smart Remote Control is adorned by 26 buttons. A really cool feature we could look forward to is the Soccer Mode button that completely adapts to the content on the screen. We can expect it to show at CES 2014 for sure.