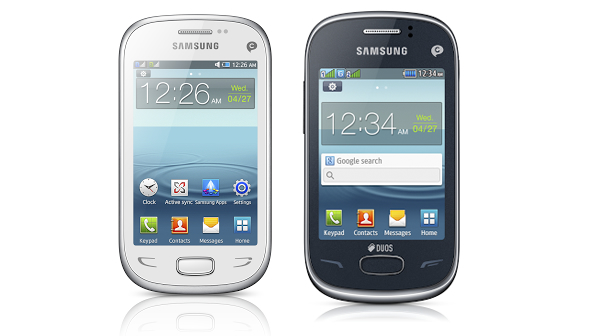 Samsung and Nokia have been at each others throats for some years now, with Samsung rivaling the feature phone market that Nokia predominantly ruled. Then came the age of all those lovely Galaxy phones and Samsung tasted nectar in that direction. Now, however, Samsung are pitching hard for the feature phone market with the all new REX series that resemble the Galaxy S III in a tainted manner. These run on a Java-based operating system and show off Samsung’s TouchWiz interface. The line-up will comprise four phones, namely REX 60, REX 70, REX 80 and REX 90 with displays ranging from 2.8 inches to 3.5 inches and cameras that range from 1.8 megapixels on the low-end to 3.2 megapixels.


The Nokia Asha was fairly successful in retaining a yet healthy base that the brand has commanded. Now, it is only time and features that will tell us whether it’s a justified attempt or just a vague entry into a highly competitive market. The price and availability of all phones is yet to be announced.