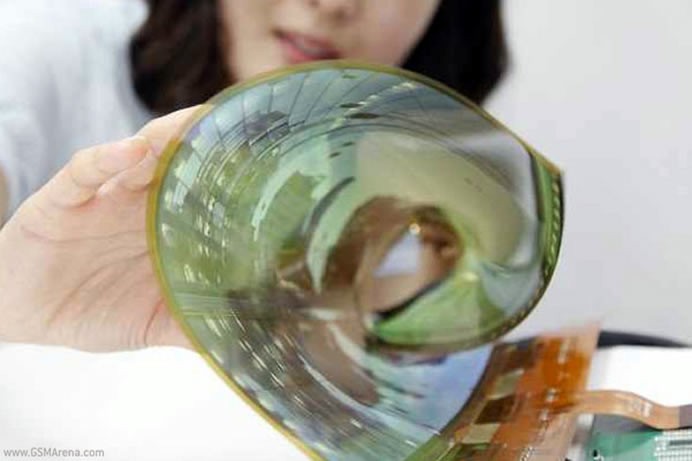 Samsung and LG have locked horns across product categories and now they’re taking their competitive brilliance to the world of smartphones. We’ve been talking about the legendary foldable screen for nearly half a decade now but haven’t seen it sail out into the light of day. An official from Samsung said that the company has a plant that is committed to making this possible in the foreseeable future. The screen is expected to meet four criteria, to be curved, bent, foldable and rollable. The curved and bendable aspects have already been implemented in the design. The other two aspects are expected to fit the bill sooner than later. A report says that we can expect the display as early as the Q1 2016.

LG is taking a spring far ahead with the plan to make displays more futuristic. While they have their line of flexible displays, they lean their interest more heavily towards developing transparent displays, complete with augmented reality and the works. Their design has already seen the working prototype column checked and promises a rollout in a more distant future.