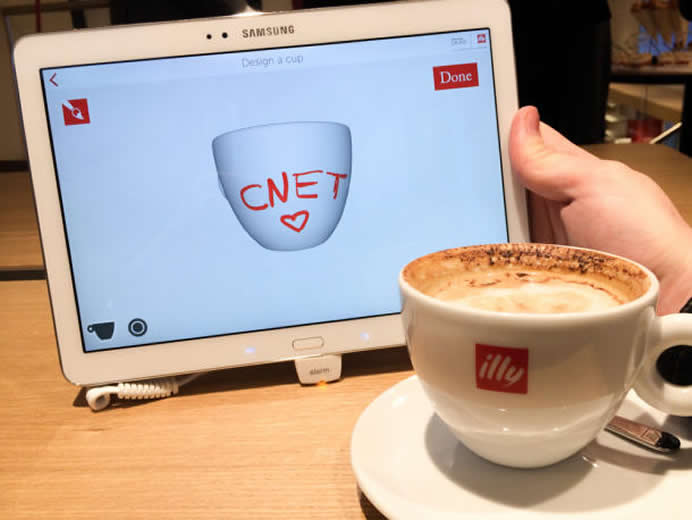 Unlike Samsung Galaxy smartphones which have helped the South Korean tech giant to grab the position of top smartphone manufacturer, Galaxy tablets have not enjoyed the same fate. It has always been overshadowed by the Apple iPads but the company is re-strategizing to change the trend. Samsung has got into a strategic alliance with the coffee company Illy, and as a part of the deal Illy coffee shops will put Samsung’s latest tablets on display. The alliance was announced on Monday and as per the announcement, the Illy shops will have a Samsung display booth demonstrating the new tablets such as the Galaxy Note 10.1.

Customers visiting the Illy coffee shops will be assisted by ‘Samsung Angels’ – which sounds silly – who will demonstrate the tablets and its features. London’s Illy shop was the first to start with the service, but currently the tabs don’t have any special apps for the coffee shop except for the price list. The deal will also see Illy coffee shops being set up in Samsung showrooms. Though the deal between the two companies suggest of a more strategic alliance but the Korean tech company refused of any intentions or plans to get into manufacturing of Espresso machines.