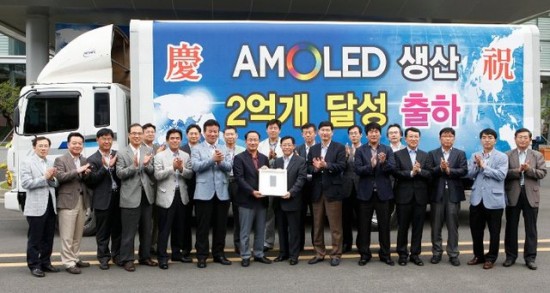 Samsung Mobile Display (now part of Samsung Display) has announced that it has produced 200 million AMOLED displays since productions began in Jan 2007. The same crisp displays that have made Galaxy phones the talk of the town. Samsung has had an average production of 100,000 panels a day. But their capacity is growing quickly: it took them four years and five months to produce the first 100 million panels and just 11 months to produce another 100 million panels!