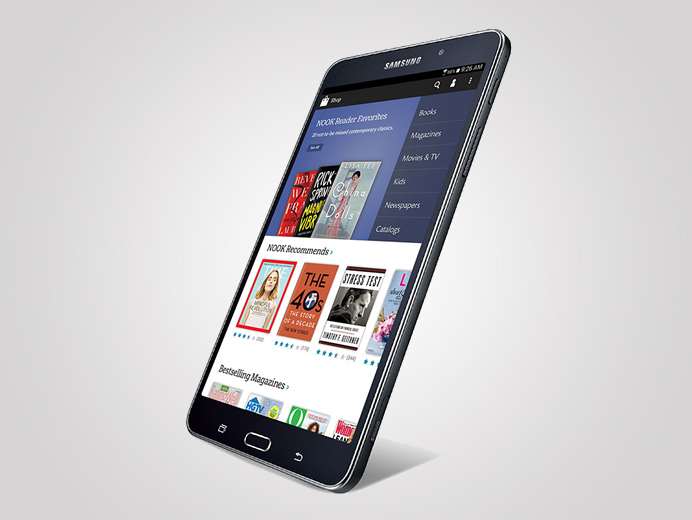 For some reason, we’ve stopped raising an eyebrow every time Samsung unveils a new product. The South Korean manufacturer has managed to push away all its peers for the headlines with new releases nearly every fortnight. Yep, you guessed that right. We’ve got more news from Samsung’s stables. The manufacturer has joined hands with Barnes & Noble to create a co-branded Galaxy Tab 4 Nook tablet. This tablet, according to the brains behind it all, is designed for bookworms and comes with the Galaxy Tab 4 hardware and Nook’s software. The tablet has access to Barnes & Noble’s collection of approximately three million books, newspapers and magazines, enough to keep your heirs reading for generations to come.

The tablet comes with a 7-inch screen and will hit American shores by August. This device will be made available across Barnes & Noble’s stores and online website. For now, the South Korean manufacturer has made no official announcement in regards to the tablet’s specifications, the exact type of screen it’ll use or the price tag that’ll accompany it. However, given the fact that this is yet another release by Samsung, we expect the device to beat expectations and give Apple a little more to be worried about.