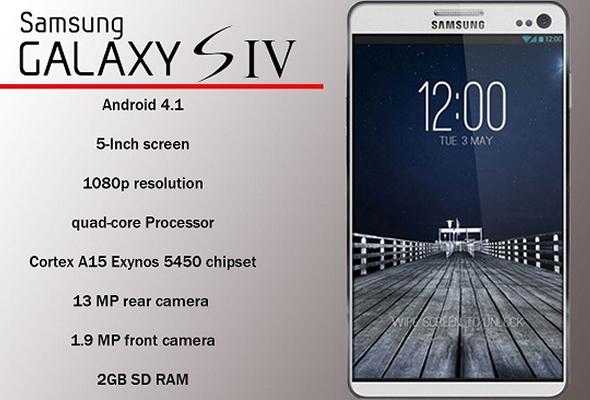 We are just 3 days away from the grand launch of Samsung’s flagship smartphone SIV but more rumours are piling-up. Sammobile received some fresh information on the flagship device, this time about its display. Samsung might use a new kind of display called ‘Green PHOLED’ – newer version of AMOLED display. The display uses GREEN-YELLOW colours to make it up to 25% more efficient, hence prolonging the battery life – given its power-hungry features it will be a great plus. That’s not all, along with the smart features like smart scroll, smart stay, smart pause and smart rotation it might feature Floating Touch technology. Something similar has been used by Sony in its Xperia Sola. The Feature closely resembles the AIR VIEW present in Samsung’s Note II, but without the need of SPEN. By simply hovering a finger couple of centimetres away from the display will let the user browse and get quick previews on the smartphone. Now that’s a real cool addition!


Will Samsung SIV be able to eclipse iPhone and dominate the smartphone market? Only future can answer that. Only 3 days to go, till then hold on tight.