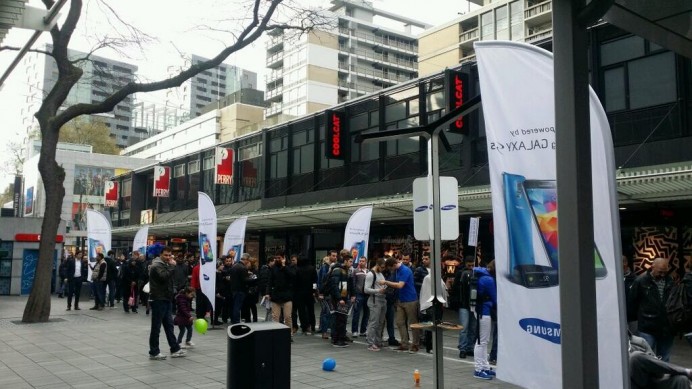 While most of us might have turned away from Samsung’s latest flagship smartphone, the Galaxy S5, the rest of the world thinks differently. The phone has apparently grabbed eyeballs world over, and has sold like a fresh batch of buns at the only bakery in town! While the Samsung Galaxy S4 broke records with its sales figures, and for good reason, the S5 has managed to overtake its predecessor! According to the figures Samsung has been spilling over everyone who’ll listen, the S5 has sold about 30% more than the S4. In some European sectors, Samsung has managed to sell almost twice as many Galaxy S5 smartphones as the S4!

The Galaxy S5 was launched just recently in 125 countries simultaneously, making it the biggest smartphone launch Samsung has ever undertaken. In the days to come, yet another 25 countries will receive the South Korean manufacturer’s flagship. While we’ve always been a fan of Samsung’s marketing strategies, we’d thought the S5 wouldn’t create as much of a storm as the previous version, given that this smartphone isn’t necessarily groundbreaking and does come packed with a bunch of technological gimmicks. That said, Samsung fans world over seem to favor the faux-leather-backed smartphone!