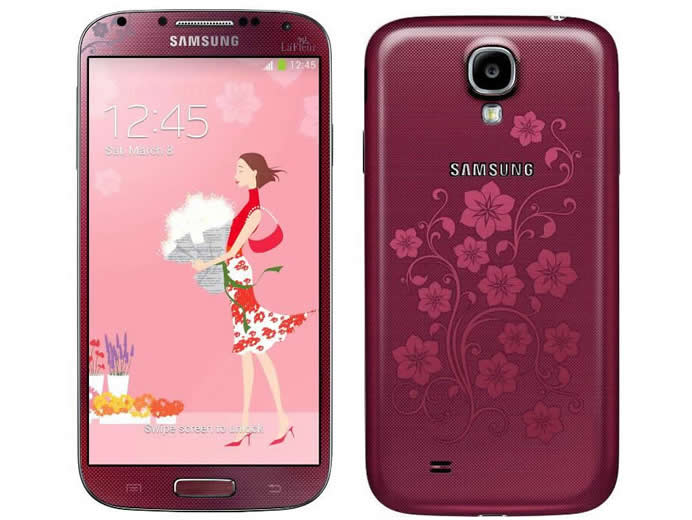 We might be nearing the launch of Galaxy S5, but that hasn’t stopped Samsung from experimenting with its existing Galaxy S4 device to bolster the sales. The South Korean tech giant has unofficially unveiled a red La Fleur edition of the Galaxy S4. Samsung has been giving its La Fleur treatment to its smartphones for quite a while now, and the company launched the La Fleur edition of the S4 Mini in Germany late last year. The new custom red paintjob has been given to the Galaxy S4 specifically to target female buyers and it has been announced just in time for Valentine’s Day.

The images of the red Samsung Galaxy S4 La Fleur edition popped up through twitter which confirmed the news. The pricing and the availability has not been announced as of yet but it is expected to be shown off at the upcoming MWC next month. As per other reports, Samsung will not unveil its next flagship, the Galaxy S5, which comes as a disappointment to many fans who have been hugely anticipating the smartphone.