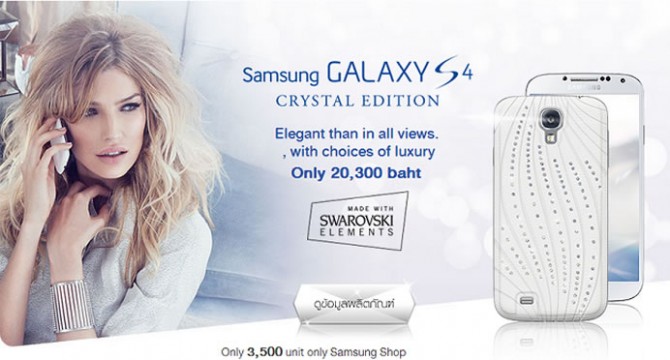 It will be available in limited numbers (3,500 units) and has gone up for sale only in Thailand. There’s very little chance that this device will make its way to other parts of the world. It is priced at 20,300 baht ($630 approximately), which is about $90 dearer than the standard variant. But considering that Swarovski crystals are studded in an endearing pattern, the extra price seems justified.