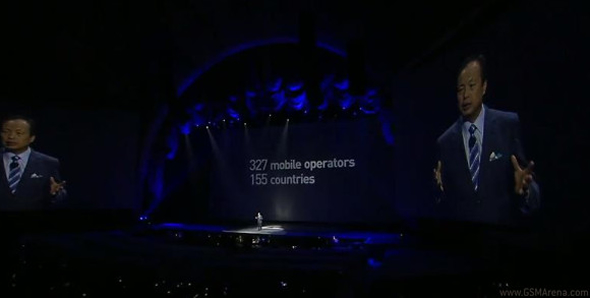 Samsung Galaxy S IV full specs, to roll out on 327 carriers from April

With all drum rolls and gun salutes arrives the next big thing in the smartphone arena. The Samsung Galaxy S IV has just been unveiled in New York’s Radio City Music Hall and is set to take wings across the globe soon. So word has it that the phone will be arriving by the end of April and will float across 327 carriers in 155 countries. What’s more is that it will be available in two versions. The first being a Snapdragon 600-powered device and the other on an Exynos 5 Octa chipset. The latter will offer a with quad-core Cortex-A15 and quad-core Cortex-A7 combination. The Samsung Galaxy S IV will arrive in the US via AT&T, T-Mobile, Sprint, Verizon, Cricket and US Cellular. Find the entire spec sheet post the jump.