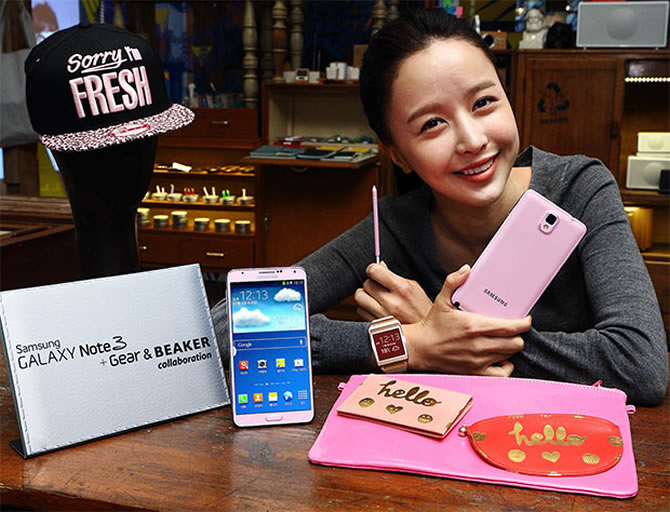 We don’t really favor blush pink smartphones, simply for the reason that they make these beautiful pieces of technology unnecessarily flashy. While most women out there will disagree, smartphones don’t really go all too well with the pink shade. However, Samsung’s latest release has changed our perception quite substantially. The South Korean smartphone giant recently unveiled the blush pink version of its flagship smartphone-phablet, the Samsung Galaxy Note 3. The phone was originally released in two shades, Jet Black and Classic White, and the Blush Pink shade adds to the color range.


The phone has already been introduced in the United Kingdom and most recently has hit the South Korean shores as well. There has been no news as to when the pink Galaxy Note 3 will show up in the United States. Specifications-wise, the phone contains all that its subtle siblings have. The pink phone comes with a matching faux leather finish on its back and a pink S Pen as well! We expected Samsung to unveil a pink shade for the Galaxy S 4, though the company decided to give its larger-screened brainchild the flashy color. For once, we think a pink smartphone looks quite fabulous and certainly is a to-die-for piece of technology for women.