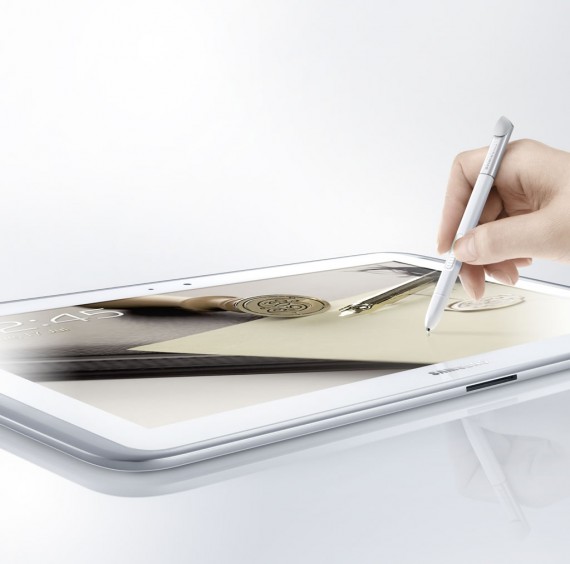 Samsung Galaxy Note 10.1 is official: Sketch down ideas in style!

Samsung has finally officially announced the Galaxy Note 10.1 and while the announcement itself is not really shocking to anyone, what it does do is offer the exact details on the price and availability of this super-cool tablet from Samsung, along with the final list of features and specs that it carries. And at first look, you have a tablet that assures both performance and comfort of jotting down ideas and drawing up sketches with both ease and efficiency. The Note 10.1 comes with room for the ‘S Pen’ and that allows you to carry and use the stylus without any hassles.


The attractive feature of the tablet and the selling point that Samsung is banking on is the use of exclusive apps like the S Note, S Planner, Crayon physics, Adobe Photoshop Touch and Polaris Office and the way in which you can use them with the S Pen and the palm rejection technology, which effectively ensures that you do not accidentally mess up the sketches with the touch of your hands. But that is not all the tablet offers as apart from the obvious 10.1-inch, 1280×800 resolution screen, you also have a 5MP camera at the back and a 1.9MP front-facing camera.

On the inside is Exynos 4412 chipset with a quad-core 1.4GHz processor and a 2GB RAM, which should meet all your mobile computing needs and available in 16, 32 and 64 GB version, you can order a WiFi-only version and a WiFi-and-3G HSPA-Plus version at launch. The LTE version comes in a few months down the line and the 16GB WiFi-Only versions start at €479 while the 3G units are priced at €599. 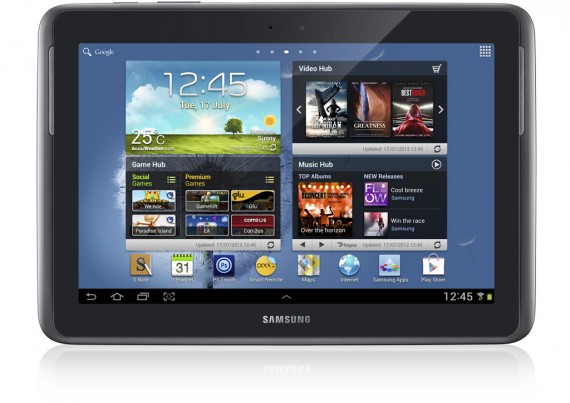