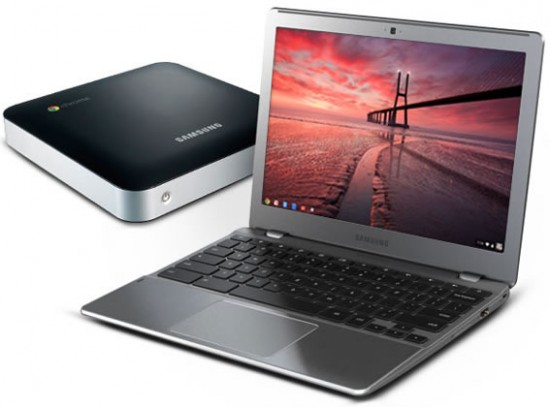 Samsung and Google have been spending a considerable amount of time together and have jointly unveiled their latest offspring, the Chromebook and the Chromebox. Powered by Google’s cloud-based Chrome OS, these swank new modes to computing both equip a built-in dual-band Wi-Fi 802.11 a/b/g/n and Gigbit Ethernet. Additionally, the Chromebook Series 5 550 packs 3G connectivity and comes with a 12.1-inch display, an Intel Core processor, 4GB of RAM, an HD Camera, two USB 2.0 ports and six hours worth of battery life, with a price tag of $449 to top it all. The Chromebox on the other hand sports four additional USB 2.0 ports and is reminiscent of the Apple Mac Mini, and is priced at $329 a pop