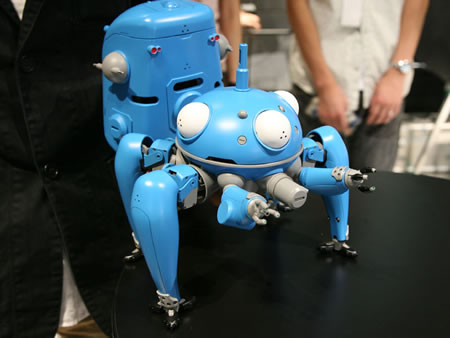 Here is a robot straight from the hit Japanese anime series S.A.C (Stand Alone Complex). In fact it is character from the Attack Shell riot squad and is popular because of its unique and funny behaviour, movement and speech. It walks on four legs and can move its arms. It can also talk the voice is given by the same artist as in the TV series. It has around 19 joints in its body making its movement life like. Currently there are no plans of selling the four legged robot. I am not big fan of Anime if you happen to know its name please let us know.
(Video of the bot in action after the jump)
Update – The robot is called Think Tank and is from the Tachikoma series. Thanks to all who send it in.