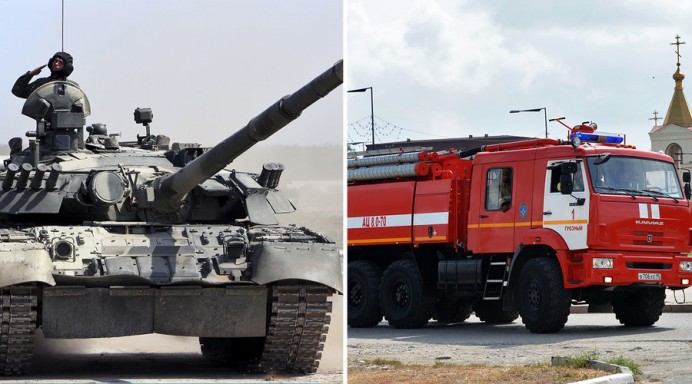 Omsk Transport Machine Factory from Russia has a unique way to deal with fire crises. They’ve come up with vehicles that resemble tanks and also borrow the strength and features from these war machines. The company has developed red and white, intimidating tanks and called them Special Fire Vehicles or SPMs. The design of these monsters is inspired by the T-72 and T-80 tanks. To make sure that firefighters are well protected during the perilous tasks, the tank is equipped with armored cabs. It can accommodate a total of three firefighters, including the driver. “The vehicles have passed a number of tests and received positive assessments in all parameters. In accordance with the contract, the first two vehicles will be delivered to the place of consignment in late March,” said the company in a press release. 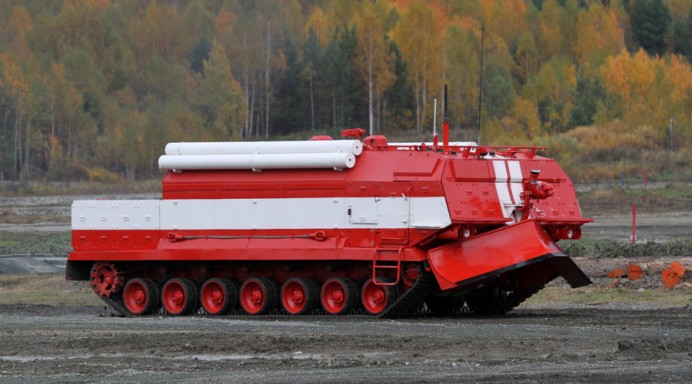 Other than all the macho swag, the vehicle also has its functions. It could be exceptionally helpful in cases of forest fires or explosions, where regular fire-fighting trucks would succumb to heat and impact. It weighs 60 tons and can carry 25 cubic meters of water. It can fight flames from a distance of 100 meters.