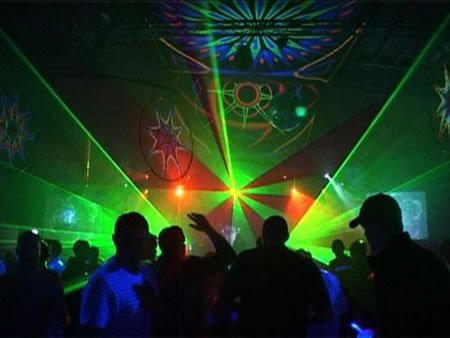 Parties are bad for health. The nicotine, alcohol, dope and loud music all end up damaging our insides in some way or the other. Now in Russia, a new damaging factor has been realized and this time it’s repercussions are a lot more fatal and spontaneous. Health officials in Moscow have blamed the laser show at rave parties for blindness in twelve cases. These findings were the result of a party at Aquamarine Open Air Festival in Kirzhach after which the patients (victims) complained of bad vision and other symptoms of laser blindness. Everyone’s blaming the ‘indoor’ aspect of the party and the use of unlearned technicians handling the lighting.

So if this has created a new kind of phobia in you then it is wise to go to a nearby optician and pick up some cool, sexy, laser-resistant glasses that will both protect and pep you up at the party.
Source