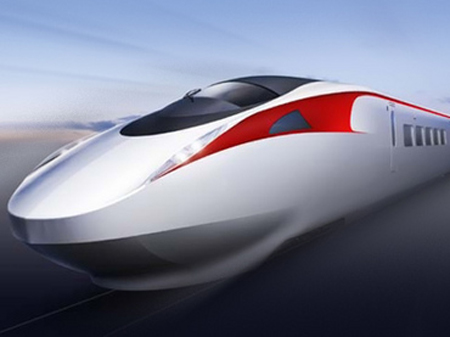 Russia has come up with a fabulous plan to build a travelling museum of sorts to display scientific exhibits. An idea conceived by the Russian Railways (RZhD) and the Russian Federal Atomic Energy Agency (Rosatom), the museum will be housed in a revolutionary train powered by nuclear energy. Nuclear energy as we know it does have its side-effects, though it does provide for a stable and promising power source. The train will sport 11 carriages with scientific exhibits on display inside and can also be transformed into a mobile power plant, supplying energy to far flung disconnected areas! Several nuclear concepts have sprouted up before, including the Ford Nucleon nuclear-energy powered car, though not many of these have surfaced until now. we sure do hope to see the nuclear powered train doing the rounds in Russia however!
[rt]