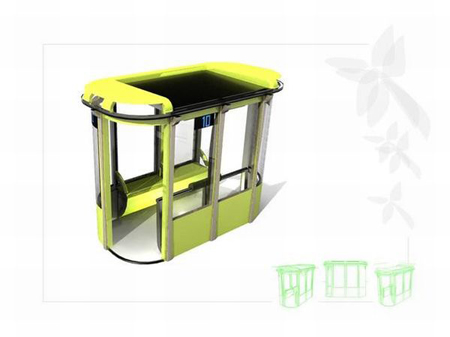 Bus shelters have been around for a while, taking down some good advertisement messages from those skyscrapers that pay a bomb to have their messages up there and display them right in front of the one’s who patronize the brands ultimately. So, what do you do when you have something as useful as a bus shelter to increase presence? Make it interactive. That’s what the Rural Bus Shelter is all about. With the help of some interactive shelter displays timetables and bus routes so that you educate yourself before boarding the bus. The bus system has specially been devised for rural areas where basic facilities are often scarce.

The awesome part is that these shelters are solar-powered and hence eco-friendly. So far a concept, we hope that these bus shelters make it to the public soon.
CADTutorDaily